Business unusual in the Brcko District 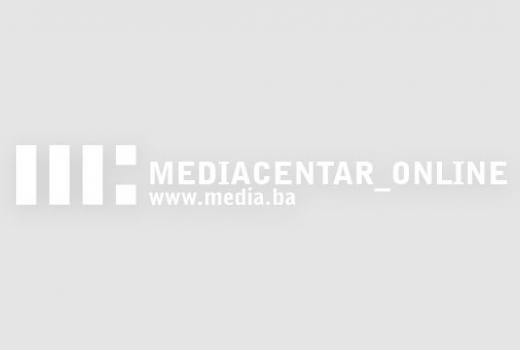 Business unusual in the Brcko District

Two years ago when infamous Prijedor night bar owner Milorad Milakovic publically called for the legalization of prostitution in the Arizona Market and the rest of Brcko District, district officials could not get far enough away from the idea.

The Brcko District, the international community’s model for rebirth of capitalism in the Balkans, had become an embarrassment as a destination for sex slaves abducted from Eastern countries and sold naked like cattle in the Arizona Market.
Since Milakovic formed a bar owners association and called for a truce-by-legalization with authorities, the International Police Task Force (IPTF) and local police have closed 116 bars in Bosnia and rounded up 1,505 prostitutes, according to United Nations Mission figures.
But now District officials are coming around to Milakovic’s way of thinking. They want to share in the cash.
“We should enable (prostitutes and bar owners) to work, earn money and give the profit to the state,” Mirko Panic, president of the Brcko SDP, the local majority party, told a reporting team of Balkan reporters. “Let the bosses register them, keep books and pay taxes. It is better than giving all the profit to the criminals.”
The change in official thinking is driven by the sweeping legalization of the district’s notorious Arizona Market in the planned Italproject redevelopment. Beginning later this month the private development project is scheduled to start replacing the market’s shabby kiosks with upscale stores, and will collect taxes from what used to be gray market smugglers.
In a stunning reversal of official attitudes, a proposed law to make the new market a low tax zone and maintain gray market level prices, will get a new provision before it is voted on.
“The law, which will give Arizona the status of a free trade zone, will include a proposal regarding the legalization of prostitution,” a high official of the Brcko District, who asked not to be identified, told the reporters’ team.
The sudden turnaround is coming just in time for former brothel owners, who have little experience in other professions.
Since last October, the Athens night bar has been shut down and owner Bozidar Markovic has been paying the rent without getting any income.
“I will not open a restaurant, because women are the real business,” Markovic said. “Theyare a gold mine.”
Markovic, who lives in Bijeljina with his wife and eleven-year old son, said he is ready to hire a doctor to check the health of the women, and a staff of pensioners or retired policemen to run a taxpaying brothel.
“Everything would be under control, and we could earn millions”, Markovic said.
But bar owners are not the only ones embracing the rebirth of the legalization idea.
Zoran Blagojevic, president of the opposition PDP in Brcko, said illegal prostitution in the Arizona Market had caused the explosion in the sex trafficking business. But that does not mean the prostitution business could not become civilized.“
I support legal brothels on the European standard,” Blagojevic said.
That “standard” would include medical check-ups for the women and taxes for the local government, Blagojevic added.
But for those who have investigated the sex business in the District, it is too naïve to hope that medical check-ups and taxes will make the sex slave trafficking that feeds prostitution go away.
Brcko District's Public Prosecutor Zekerijah Mujkanovic said that the night bar closings, much celebrated by the interantional community, really did not touch the highly organized crime syndicates that were supplying the bar owners with women.
“We managed to convict the people who organized prostitution in their bars, but we could not get to those who were involved in human trafficking,” Brcko District's Public Prosecutor Zekerijah Mujkanovic told investigation team reporters.
To have successful legalization, Mujkanovic added, you need public respect for the law.
“BiH is a country where people don’t obey laws,” Mujkanovic said. “The medical reports could be obtained without the girls even seeing the doctor.”
But Panic, the SDP chief, even sees legalization as a way of making the trade in sex slaves between bars into legitimate business.
“(The idea) does not refer only to women,” Panic said. “Football players are being sold around the world, and they earn a lot of money and have a good life. I think it’s the same for both”.
As enthusiastic as politicians and government officials may be about going into his business, Milakovic sees them as timid partners.
He has plans to move his business and his girls to Holland where there is already an existing “standard.”
“The politicians are not against legalization,” Milakovic said. “But when they are supposed to put their signature on it – the whole deal will go down the drain.