How to measure the ROI of data journalism projects 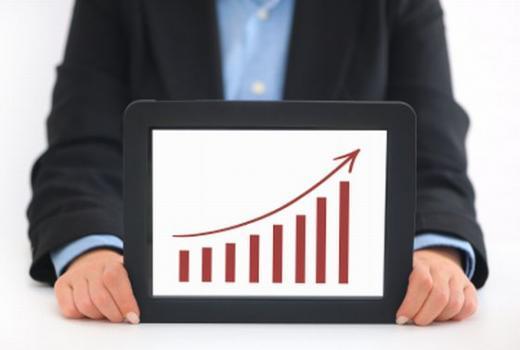 How to measure the ROI of data journalism projects

Data journalism is expensive. You often require several hours to obtain data, clean, analyze and visualize it. More often than not, you will need to call upon your developer colleagues and call or contract statisticians or designers. In times of austerity and lay-offs, it is quite likely that executives at your company will want to know that their money is being spent wisely. That’s why you need to know how to measure the return on investment (ROI) of your data journalism projects.

Here is a quick guide that will show you how you can tell your boss that your latest data project brought in cash to the company’s books -- and that you justly deserve a raise!
Generate page views
News websites make money by selling inventory to advertisers: more pageviews equals to more ads and more revenue. More importantly, publishers need to make it to the top of the league tables as the first few media organizations are able to charge a premium to advertisers. That’s why they are willing to increase page views by any means necessary.
Data projects can be great at this game. If you have a single CSV file containing names, you can turn it into a searchable database that will render a page for each person in the file, for instance. That means more pages indexed by search engines and possibly lots of clicks.
This approach works extremely well with public servants’ salaries. The Texas Tribune’s Public Employee Salary Database is a case in point. The newsroom collected the data and built a simple and clear front-end. They made 20 million pageviews with this app in 2011. The Chicago Tribune’s Schools Report Cards is another example. Any topic where data can be simply paginated (think of a table where rows are made of persons or locations) can be turned into a pageview-generating app.
Given that advertising revenues are strongly linked to pageviews, your project’s revenue can be roughly estimated as follows:
Project revenue = Website advertising revenue * (Project’s pageviews / Overall pageviews)
Remember that most data projects can be used as evergreen content. If you build a database of schools performance that you update regularly, for instance, you can harvest hits several times a year: at the beginning of the academic year, during exams and every time you have a possibility to show the data under a new angle.
Things to do
Although some third-party software can present the data in a searchable way, like cartoDB for geographic data, it is best for your organization if the data is hosted under your own url (e.g. yourproject.yourorganization.ba instead of yourproject.thirdparty.com).
And make sure you have a traffic tracker installed on your app before you launch! Installing a Google Analytics or Piwik tracking code is a matter of seconds.
Increase influence
Advertising is not the whole story. Whether it makes money with ads, subscriptions, donations or subsidies, a news organization lives by its brand. Datajournalism projects are great to build brand equity. They can increase brand awareness and generate leads, some of whom will become loyal users and customers.
Measuring influence is hard and you won’t be able to put a precise amount on it. However, you can try. If your data project leads to deep societal change, we will have created value for your news organization as it will be seen as “more influent”. A ground-breaking stories such as Wikileaks’ Cablegate dramatically increased brand equity for all its media partners.
Impact might be harder to assess for smaller projects. A French project, the Price of Water [disclosure: I took part in it], collected water bills throughout the country to increase transparency on the water market. Although it wasn’t a success in terms of page views (less than 100,000 visits in 6 months), the project led decision-makers to rethink their views on the matter. For the NGO that led it, it was a clear success.
Things to do
To measure your social impact, monitor mentions on Twitter and Facebook. You can also set up a special Facebook page or Twitter account to structure your following. Make sure to keep track of media mentions as well. Some startups, such as Mention, specialize in this monitoring.
Think about virality. Sometimes, a simple jpeg image will have a much bigger impact than a fancy animation, as it can be understood more easily and shared more rapidly.
Exclusive products
The trouble with the internet is that most content is free. Making users pay is hard, but not impossible. If your product look exclusive enough, you stand a chance. That’s why the Wall Street Journal and the Financial Times are able to charge a premium to their users.
Datajournalism can help in packaging a “premium” offer. Some media live off selling data streams to business clients, such as Bloomberg, but smaller websites can take a hint. A French magazine specialized in local administration, for instance, developed a number of interactive applications for members of its “Finance Club”, a €200-a-year feature on its website [disclosure: I took part in building some of these applications].
Another option is to sell service-oriented applications with a journalistic spin. There, open data can help. We made a mobile application that gives user the results of all previous elections in the city she is in, for instance. It was sold in a variety of versions on the iTunes store and Google Play. Although some revenues were generated, it fell far short of the amount of work we put in.
Things to do
Selling exclusive products online is a very hard business. If your media organization already has a paywall, you can run a short survey asking customers or prospective customers if they would like to have interactive applications.
As for stand-alone datajournalism apps, it is vastly more profitable to find a sponsor or a patron for your app than to sell directly to users.