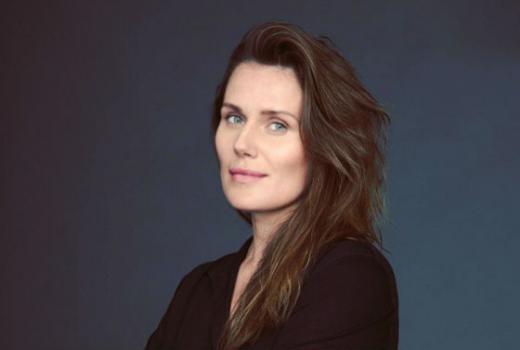 Anida Sokol
04/10/2017
media literacy
Sarajevo hosted a conference Media Meets Literacy in late September, the event which gathered 250 participants, including well-known international media literacy experts. Through lectures, roundtables and specialized sessions, participants were able to hear and discuss about crucial challenges faced by the media and society as a whole, such as false news, post-truth politics, platform capitalism and the growing distrust towards media sources and to learn about ways, methods and skills how to deal with them.
Prior to the conference, we talked with Joanna Krawczyk, the Head and the interim Media Program Manager of Warsaw’s branch of Evens Foundation, the organizer of the conference. A cultural specialist, Krawczyk holds a ten-year experience in civil and cultural sectors, cooperating with European non-governmental organizations and initiating and supporting local and international projects whose aim is the development of media literacy in Europe.

“At the Evens Foundation, we actively support projects that ‘empower citizens with the critical thinking and creative problem-solving skills to make them judicious consumers and producers of information’. Media literacy indeed has at least this dual component: not only use, consumption and understanding, but also active communication and production. We have promoted media literacy for many years now”, Krawczyk said.
Different definitions of media literacy exist today. The Dutch network organization, Mediawijzer.net, the laureate of the 2015 Evens Foundation Prize for Media Education, concisely defines media literacy as “the set of skills you need in order to actively and mindfully participate in the media society”, including skills in understanding, use, communication and strategy. Due to a wave of false news, disinformation and propaganda that is rapidly expanding on the Internet and other media and the social and political consequences it carries, it is crucial that citizens develop these skills and become critical users of the media, Krawczyk added.
Asked about the most effective ways of improving media literacy skills and of recognizing, for example, bias or hidden marketing strategies in media content, Krawczyk said that a multidisciplinary approach is needed for the effective development of media literacy and critical thinking.

“Through our Media Meets Literacy Conferences, the biennial Evens Prize for Media Education and our other projects, rather than promoting one set of specific approaches, we wish to highlight a large and varied portfolio of tools and methods for improving media literacy skills. The Evens Foundation seeks to highlight the important role that both formal and informal learning can play in this regard.”

Five key questions of media literacy are defined by the Media Education Lab:

“Who is the author of the message and what is the purpose?
What techniques are used to attract and hold your attention?
What lifestyles, values and points of view are represented?
How might different people interpret this message?
What is omitted from the media message?”
These types of questions – and the skills required to know to ask them – can help citizens to recognize bias and misinformation, Krawczyk told Mediacentar.
Fake news, propaganda and post-truth politics
The reason due to which the phenomenon of false news became a popular topic in public discourse, although it, along with propaganda, has always been present in different historical periods and political systems, Krawczyk sees in the spread of the Internet and social networks — disinformation (as well as information) through them becomes instant and global at the same time.
“The ways in which citizens can consume news and information nowadays are far removed from traditional news cycles with a very limited amount of sources closely guarded by gatekeepers. The phenomenon of filter bubbles in social networks highlights the risk of fake news and propaganda becoming the main source of (dis)information for a proportion of citizens. In times of polarizing political climates, this becomes especially concerning. When the term ‘fake news’ is moreover also used to denounce factual information that doesn’t fit one’s own agenda, the issue of propaganda becomes especially pressing”.
Although the Internet provides a fast and easy dissemination of misinformation and false news, it nevertheless offers unlimited possibilities for sharing knowledge and ideas, which, as Krawczyk says, is unprecedented. It provides quick access to large amounts of information and resources that can influence thinking, behavior, and perception, and provides everyone with platforms to create, share, and post content.
“On the one hand, the Internet and social networks are helpful tools to unlock talent, foster creativity and promote innovation; on the other hand, they can also facilitate the spread of disinformation and hurtful messages. This mix of opportunities and threats is exactly why media literacy is so crucial nowadays”.
Media literacy in the schooling system
In addition to false news and propaganda, another term has been gaining increasing importance in media and academic circles – the post-truth politics in which political discourse is based on emotion, putting facts in the second place. With this issue conference organizers also explicitly engaged. Professor Megan Boler from the University of Toronto in her introductory lecture strived to encourage lecturers to take into account the emotional and affective dynamics of news consumption and social media networks.
“We are in the midst of a crisis of post-truth information warfare. Post-truth targets our emotions more than our rational thoughts. Thus I invite you to think creatively how we might understand the role of emotion and affect in media education. How do we address emotion in media literacy context?”, Boler said during her key-note speech at the conference.
On the other hand, Evgeny Morozov, researcher dealing with political and social implications of technology, brought into the discussion the “hidden elephant in the room”, which is also responsible for the emergence of these phenomena, the commercial side behind the success of a new type of a firm – internet platforms – and the structural changes they brought in the society.
“They want to get as much data about us, because the more data they have about us, which explains the main design features of their platforms, the more advertising they get … those platforms are built in a way to make us stroll and tweet.”
Prior to the conference a two-day Propaganda Lab was led by Professor Renee Hobbs, expert on digital and media literacy education, and Professor Igor Kanižaj, media expert from Croatia. Sessions at the conference included presentations, discussions and workshops on visual literacy, fake news, teaching critical skills at schools, ethical media, youtubers, influences and vloggers, MoJo journalism, fact checking and many more.
The Evens Prize for Media Education 2017 was awarded to Zalab from Rome, for the Project Otherness, while a Special Jury Prize went to the Association for Communication and Media Culture in Zagreb, Croatia for its project “Djeca medija” (Children of Media).
What was particularly stressed were different approaches to media education and the schooling system.
“Again, there are many fruitful approaches that could be highlighted, and which one works best could be up for debate. Let’s not forget that contextual factors are always crucial: approaches that work in one educational setting or country may not work as well in others”, Krawczyk said.
As to why they chose Sarajevo for the Media Meets Literary Conference, Krawczyk replied:
“With many of the Evens Foundation’s projects, we find it important to not only ‘preach to the converted’. It isn’t sufficient to only aim to reach those who are very familiar with certain methods or approaches. Specifically with regards to Media Meets Literacy Sarajevo, we also wished to reach educators and practitioners who have less access to more formal initiatives such as media literacy knowledge centres. The strong interest in our conference by attendees from South East Europe confirms that we have made a good choice by deciding to branch out to Sarajevo.”

Aidan White: Journalism is not a beauty pageant
Critical Thinking: What Do You Mean by That?